Go Back to Shop All CategoriesReviewsTips 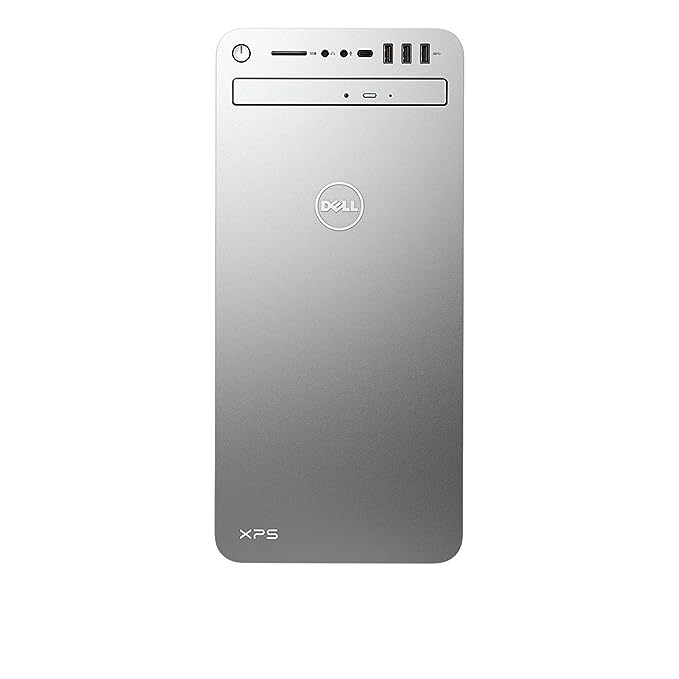 The Dell XPS Tower looks unremarkable, like that PC your parents used to have hidden away underneath the desk when you were a kid. However, its no-nonsense chassis hides quite a selection of exciting internals. One of the best PCs right now, the Dell XPS Tower is packed with up to an RTX 2070 graphics card, a 9th-generation Intel Core processor, and a large hard drive and/or SSD. This special edition PC configuration is only available in the US. However, UK and Australian readers can grab the regular Dell XPS Tower and then add similar upgrades, though there are some limitations such as the graphics card options topping out with the GTX 1060.

It comes packing an 8th-gen Intel Core i7-8700 hexa-core processor, 16GB of DDR-2666MHz RAM, dedicated AMD Radeon RX 560 graphics with 4GB of GDDR5 VRAM, and a 256GB Samsung PCIe M2 SSD as well as a 1TB Seagate HDD, delivering astounding performance and storage capabilities. Its flexibility, space-saving format, and various use cases make it a fantastic option for desktop users who want a little variety from their setups. 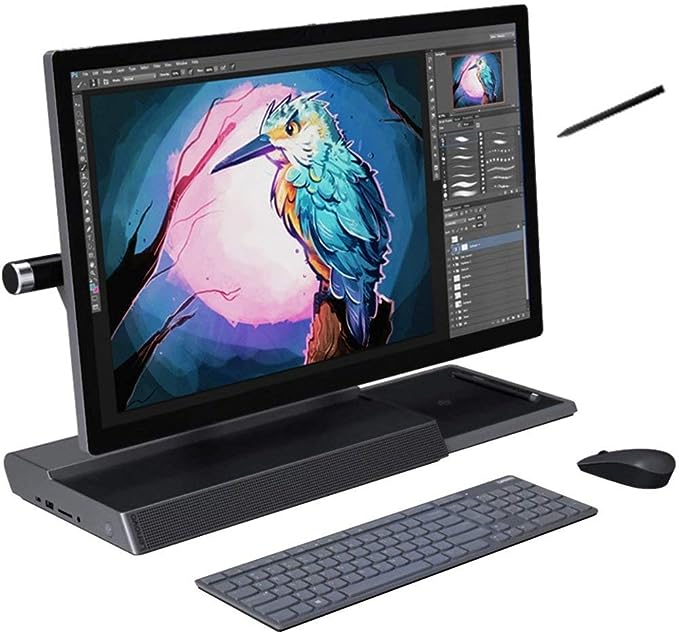 The Lenovo Yoga A940 is a convertible all-in-one desktop that offers a touch screen you can tilt upward to act as your monitor. It includes a stylus, Precision Dial, full-size keyboard, and mouse to ensure you’re ready to go as soon as you unpackaged the system. Its super-slim 27-inch IPS touch display panel features native 4K resolution, which looks fantastic whether you’re sketching out design ideas or enjoying your favorite show or movie. 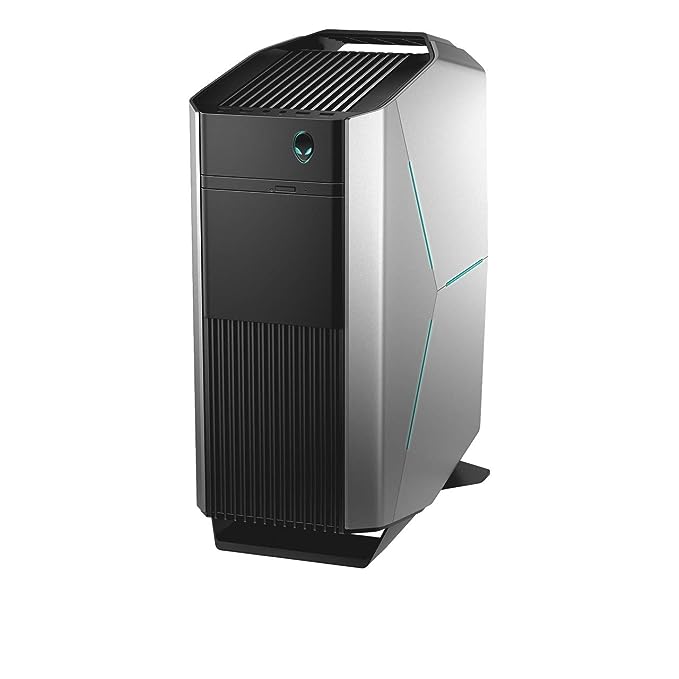 While costing a pretty penny when souped up, the Alienware Aurora R8 has all the makings of a powerful gaming PC, including 9th-generation Intel Core chips and some of the best Nvidia GTX and RTX graphics for gaming. This model has been succeeded by the Alienware Aurora R9, which boasts a cool-looking exterior, but their specs are practically comparable. Only, the R8 will set you back a couple of hundred dollars/pounds less, giving you more for your money. Get ready to be impressed by this PCs’ 1440p gaming performance.

Corsair One Pro i180

If you have limited desktop real estate and need something that delivers stronger performance than Apple’s Mac Mini, Corsair’s One Pro i180 promises to deliver ample performance in a  form factor that’s barely larger than last year’s trash can-inspired Mac Pro. This desktop comes with a 12-core Intel Core i9-9920X processor — among one of the fastest CPUs we’ve tested on a desktop — and RTX 2080 graphics, giving it solid performance. 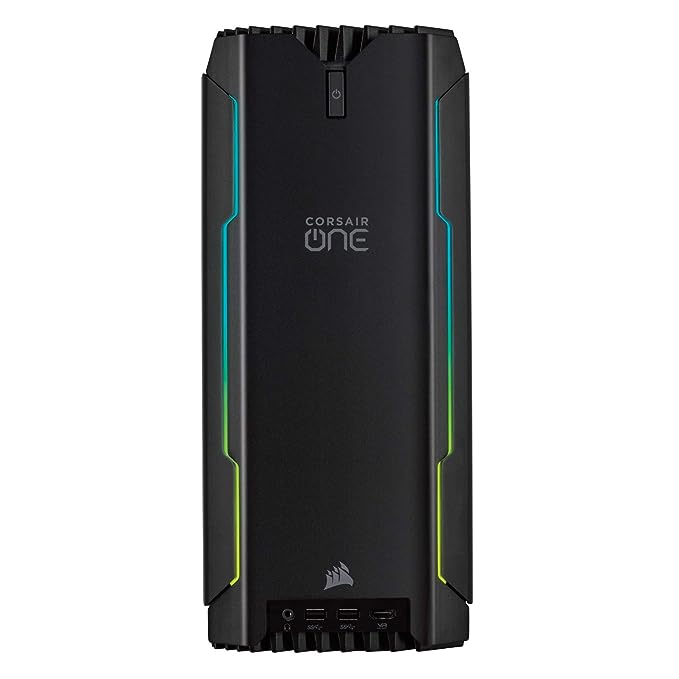 While the 12-core processor may be excessive for gamers, creatives will appreciate the silicon’s strong multi-threaded performance, which will help the One Pro i180 with large media files. In addition, the One Pro i180 is able to pack in a full-size RTX graphics card in a tower that’s about as tall as a 2-liter soda bottle. The RTX 2080 graphics isn’t the strongest for workstations, but it can still readily handle video editing, 3D rendering, 4K gaming, and more. Given that the fans do get audible when you’re setting up the One Pro on a desk, stepping down to from the 2080 Ti likely helps keep the One Pro i180 running cool while also saving on cost — this PC is priced at $5,000, roughly double the cost of a similarly configured gaming system with an Intel Core i9-9900K CPU.

We don’t often talk about portability when it comes to desktop computers, since laptops, tablets, and even laptop-tablet convertibles usually have that space covered. But the Aspire Z3 (model number AZ3-700-UR11) by Acer is an all-in-one desktop that’s designed to move. The 17.3-inch 1080p touchscreen is 0.61 inches thin and weighs 4.4 pounds. With battery life listed at five hours, you can carry it around the house like a large tablet. You can also lay it down flat or with a slight tilt and use the touchscreen or a passive stylus (not included). When you want it to serve as a traditional desktop, you can prop it up on its two rear kickstands and use the included wireless keyboard and mouse. 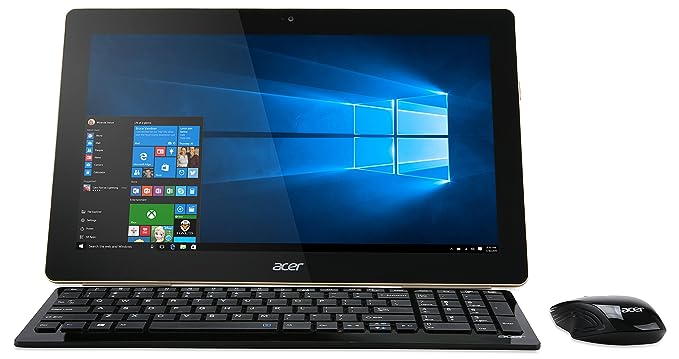 The downside to the unique build, though, is fairly limited hardware that can lead to some sluggish performance. Its 4GB of RAM is essentially the minimum for modern PCs—upgrading to 8GB may be a good idea. Even then, it probably doesn’t have the right level of power for extensive gaming. The Aspire Z3, with its nice touchscreen and affordable price, is at its best when passed around among family members to watch movies and browse the web.

If you’re looking for a high-quality camera, you don’t need to spend a ton of cash, nor do you need to buy the latest and greatest new product on the market. What’s the best camera you can buy right now? Like finding the ‘best’ restaurant, the answer depends entirely on your tastes and budget. But...

There’s no denying the ATH-CK3TW was Audio-Technica’s most interesting announcement at IFA.Audio-Technica already has premium and mid-range options. Now it’s trying to bring its true wireless formula to a budget device. And as you might expect, a cheaper price comes with a few sacrifices. View on Amazon The ATH-CK3TW is slightly smaller than Audio-Technica’s ATH-CKS5TW . The new […]

Summary The Blade Stealth is the most powerful ultraportable we’ve ever seen, but it still might not be enough for demanding gamers. It’s a feat of engineering, but its high price also makes it tough to choose, when put up against the Blade 15 and other light gaming laptops. View on Amazon Razer didn’t change […]

Lenovo Legion Y7000 is a gaming laptop, it is a good choice for those who like to play games

The Y7000p’s design is a bit unique in that it offers a sophisticated minimalist look, which obviously still means evoking a gaming laptop, with a matte but chic aluminum cover on the back of the display panel, while the rest of the computer is rugged Wrapped in matte black plastic, the only focus of the […]

No products in the cart.